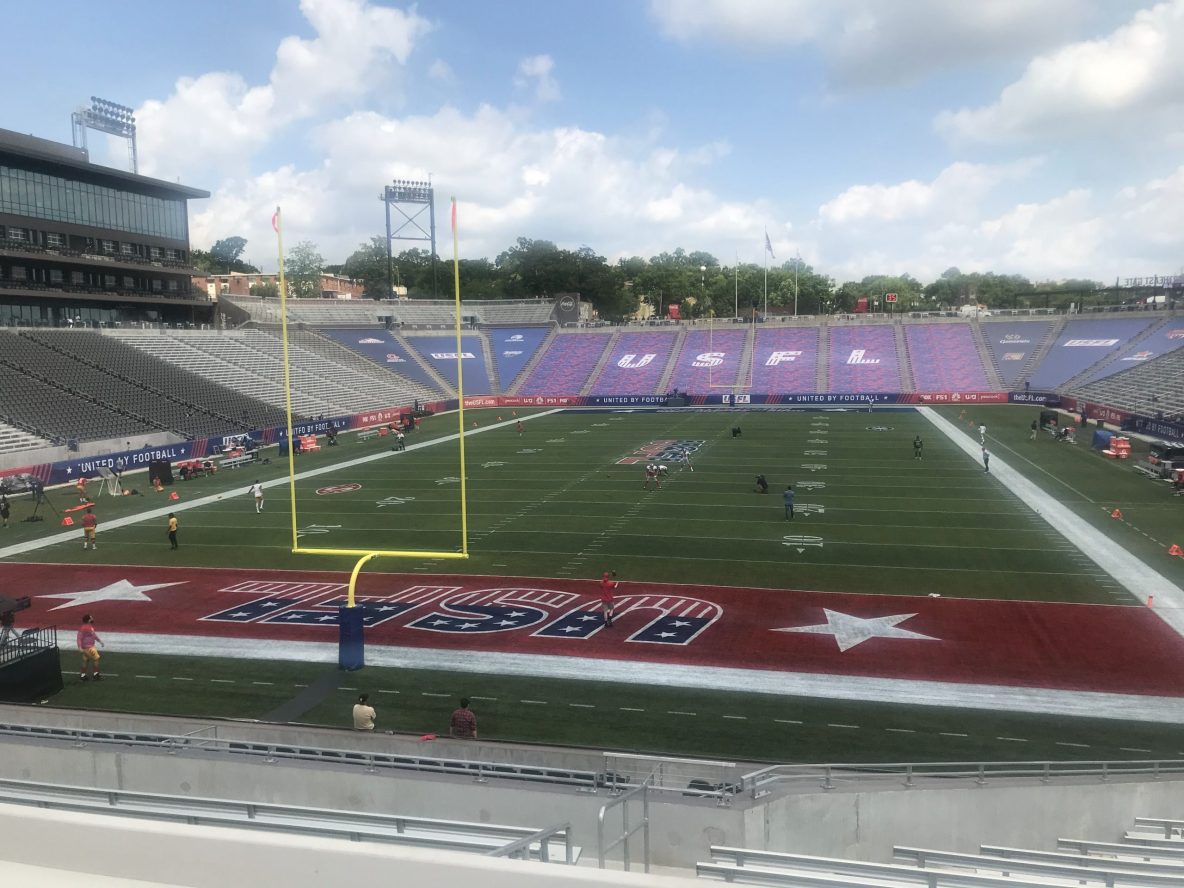 The second week of my trip to the US involved relocating to Birmingham, Alabama, so that I could attend some USFL games and watch how the officials works and continue learning about how to be a better official. The USFL is a professional spring league that caters for players have completed College but were not selected to play in the NFL. It's a way for them to continue their development and possibly earn an opportunity in the NFL at a later stage. For the officials, it's pretty much the same thing, where most of the officials participating in the USFL are officials that are on the NFL's Officiating Development Program (ODP). The NFL ODP is a way that the NFL identifies prospective NFL officials and provides opportunities for their own personal growth so that if an opportunity arises they will be in a position to move up to the NFL.
I spent the first couple of days in Birmingham, working out the best places to eat and adjusting to the timezone differences between here and Australia. As I'll be predominantly located here for the next couple of weeks, with a short visit to another camp in the middle, it was also an opportunity to get back to working my "normal" job, around Australian hours. It was a mentally challenging couple of days, because it was quite easy to keep working until 5pm-6pm Aus time, which ended up being around 2am-3am here in Birmingham, which then made for an extremely tired day the next day. Add in the "low" of coming down from a fantastic camp in New Orleans, with the adrenaline wearing off from getting through that camp and the lack of sleep from the initial adjustment to the timezone and it certainly made for an interesting couple of days.
The good thing was that this only lasted for 2-3 days, because I then had the football games to attend, which was always going to be a way of getting me focused back on the aim of this trip. All games for the USFL are being played in Birmingham, and at the same stadium over a weekend. It's an 8-team competition so there are four games each week, on either a Friday, Saturday or Sunday.
The schedule of the games for this weekend, involved two games on each day (Saturday and Sunday), with the same officiating crews assigned on both days. Having being at the officiating camp in New Orleans the previous weekend, a couple of the clinicians from that camp were on the crew for the second game on both days. It was good to be able sit there for both games on each day and watch how they work. There were some interesting play scenarios that they had to deal with so seeing how they worked through those was quite informative.
Back in Australia, we obviously don't have things like Media timeouts and Instant Replay, so being able to watch live the process for both of these, and how the officials interact with each of them was a great learning opportunity. Watching the games live, I hardly watched it like a "normal" spectator would watch, I'ld either watch it like I was officiating the game, where would my eyes transition to, and who would I be watching if I was a certain official. I'ld also sit and just watch a particular official for some plays, to watch how they operate. 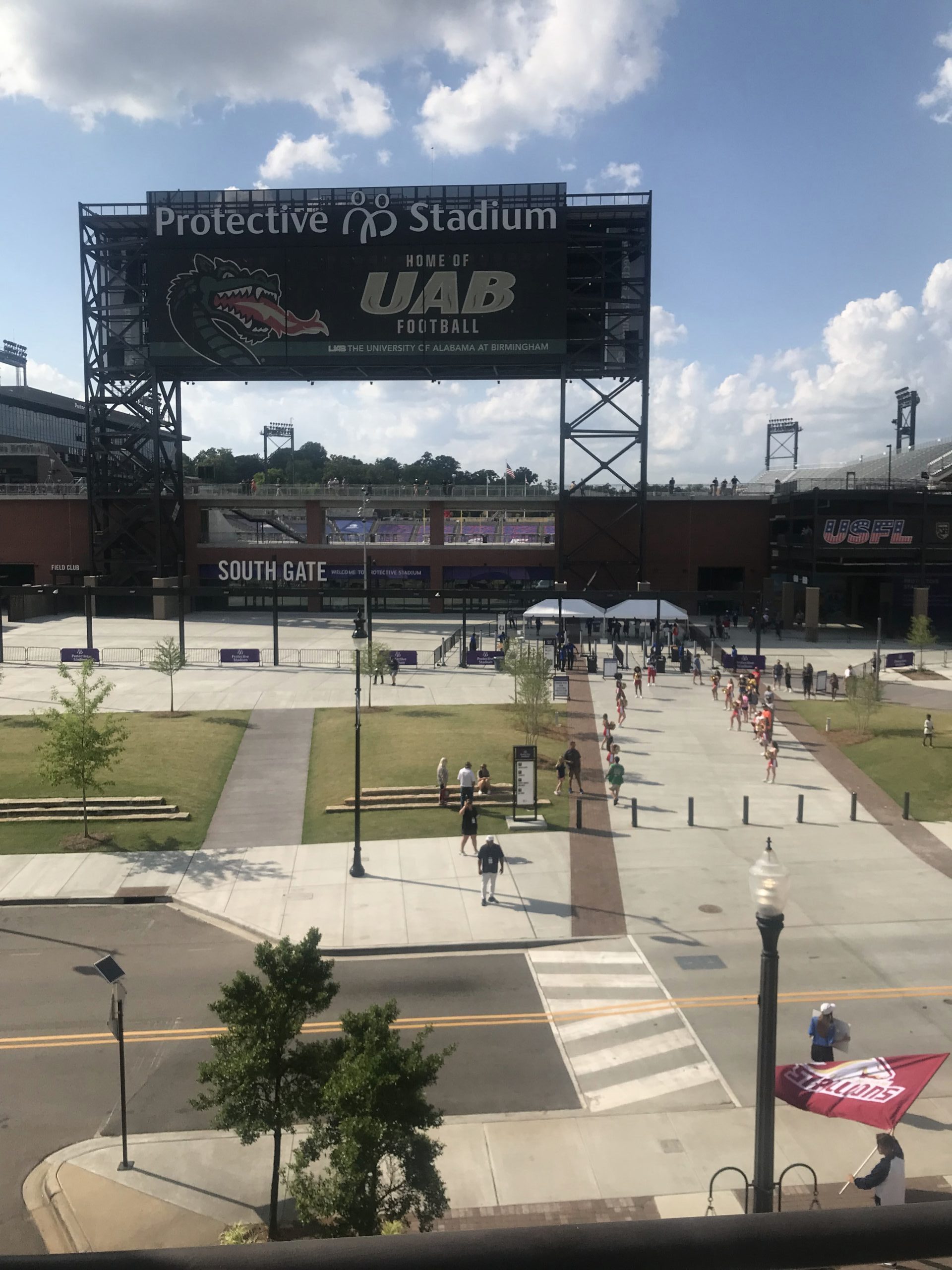 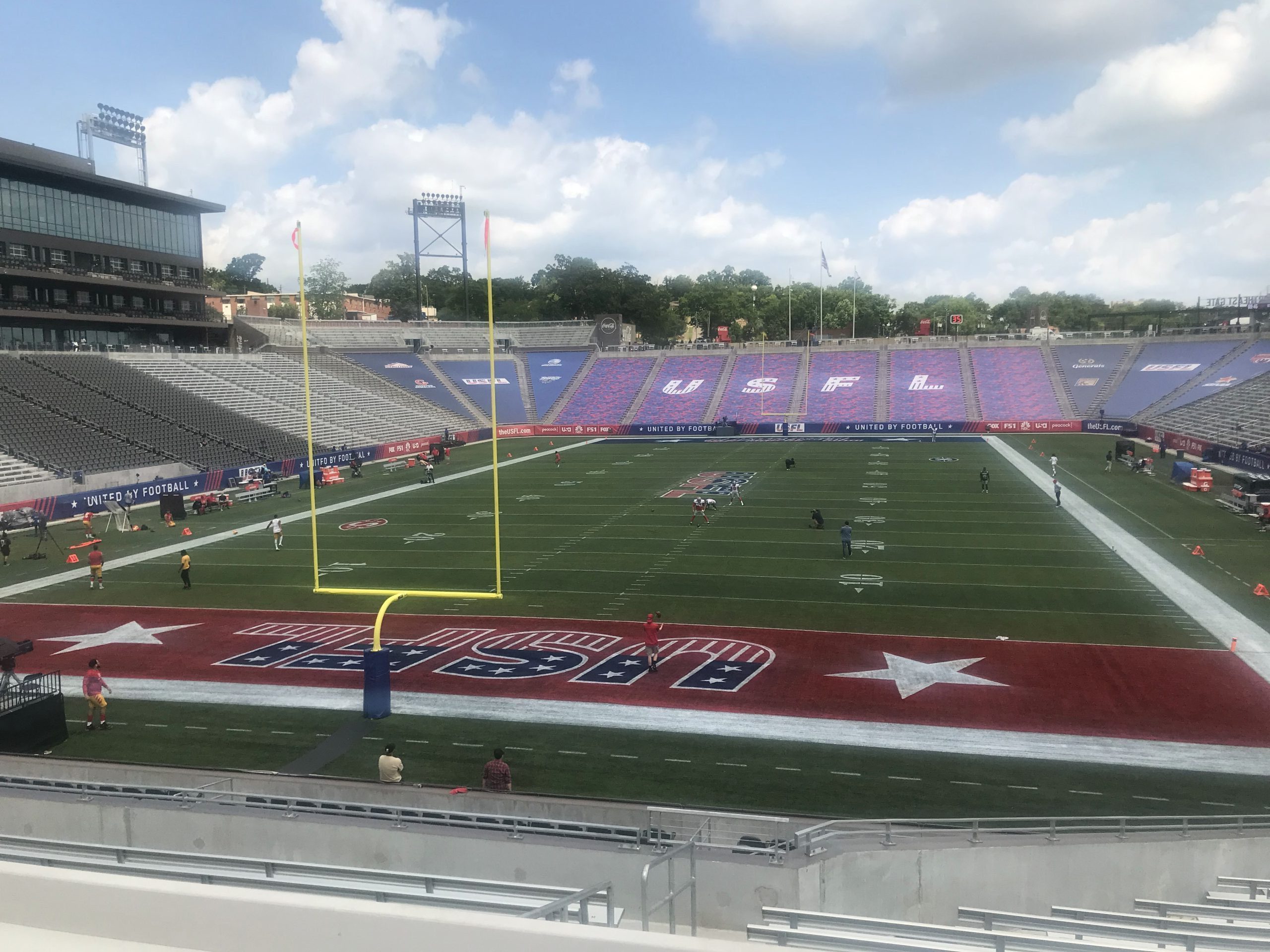 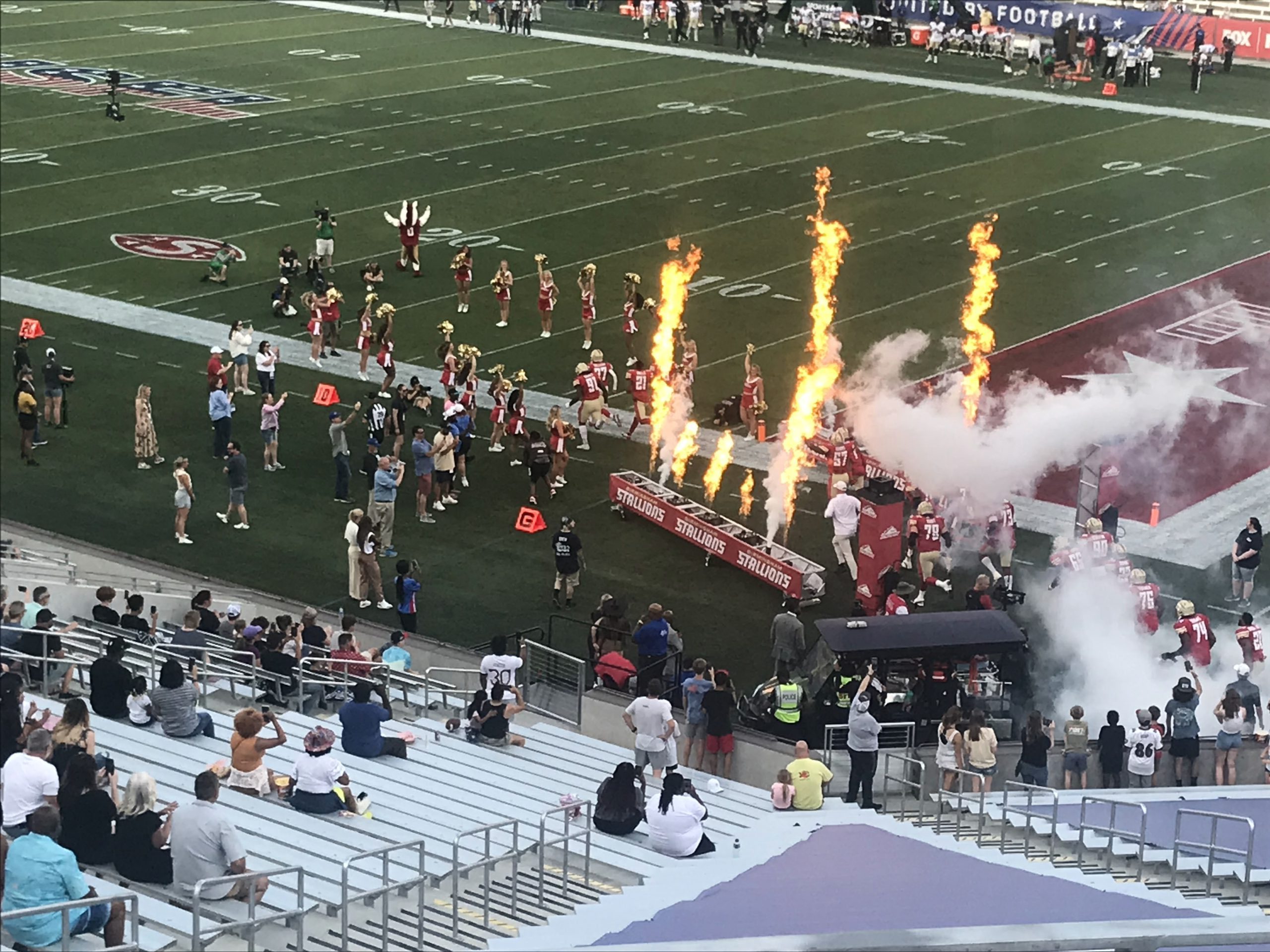 Following the game on the Saturday night, which ended up being quite late as there was a weather delay during the game, I was able to meet up with the officiating crew as they were getting back to their hotel and was introduced to entire crew by the officials that I know from the camp in New Orleans. They continue to amaze me with their appreciation for what I'm doing, travelling all this way just to be able to get better at my officiating. They did mention to the rest of the crew that one of my goals was to get in to officiating at the College level and the crew were all supportive and encouraged by that. Obviously, being from Australia they all wanted me to say a couple of words to hear the Aussie accent, so that was pretty fun. I was able to have a chat to some of them about a scenario that happened during the game and get their thoughts on how they handled it, which was really enlightening and they were extremely forthcoming with their honesty on how they handled it. It just reinforces the fact that they don't mind critiquing themselves because at the end of the day every single one of them wants to just get better, and so they are always reviewing ways of doing that.
After the games on Sunday night, I was again able to catch up with a couple of them, but this time with their games being finished for the weekend, we were able to spend a much longer time together. We found a couple of nice local places for something to drink and drink and it was a great time of just hanging out with them, hearing some of their war stories, talking about some scenarios from the games, but also just getting to know them more on a personal level.  There ended up being a couple of officials who have recently been promoted to the NFL as well as a couple of high-level College officials, and they were so welcoming in allowing me catch up with them. One of the officials from the New Orleans camp actually commented to me that "you didn't look out of place" when I was officiating on the field, which was a nice complement but also reinforces the great work that IFAF and the AGOA communities do around their training programs. Without the guidance from people in both of those organisations I wouldn't be to make such a great impression on them, so I can't thank that organisations enough for helping to prepare me for opportunities like this. It was a very enjoyable time and when I'm back here again in a couple of weeks, to watch some more games, I'm hoping that we'll be able to catch up again.
It was back to working Australian hours for the next couple of days, and getting ready for my next officiating clinic, which is coming up this weekend. Having only been here in the US for around 2 weeks, I've already learnt a great deal and am really looking forward to the next part of this trip to expand more on what I've learnt and getting to know even more officials from within the US.